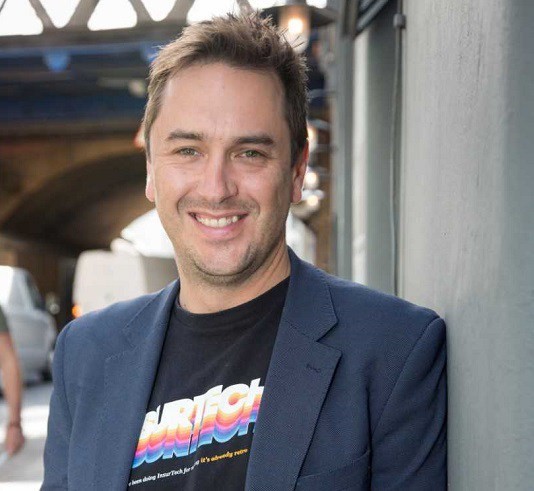 Posted on 29 October 2018 by InsuranceEdgeEditor

Insurers, brokers and MGAs looking for software-as-a-service suppliers have never had it so good, or so bad in many ways. There’s a multiplicity of choice out there, but insurance is a specialised industry – especially so in the UK, where compliance and regulation make it a tough, highly competitive market. What’s the solution? Build your own IT department, complete with NASA-like server rooms, plus a small army of coders and software developers on the payroll? Nah, let’s be honest, that’s as 1990s as a baggy shell suit and Hi-Tec trainers.

In today’s insurtech-powered marketplace you need an agile company that’s always hungry for the next innovative idea, keeping tabs on consumer habits and is capable of designing a dashboard that puts you – the insurer or broker – completely in control. Insurance-Edge caught up with André Symes, Chief Operating Officer at Genasys Technologies, to learn more.

IE: André, your company is based in South Africa but opened a London office earlier in 2018, how’s that worked out in terms of contacts and building bridges?

AS: The reception has been fantastic and we feel in some ways we’ve brought a jug of water to a desert. There seems to have been a dearth of IT/software suppliers who had a really keen interest in developing software packages that are simply `plug & play’ for brokers, MGAs and insurers, in short, making life a great deal easier for companies. It’s also been a challenge because many companies in the sector have a certain reticence when it comes to signing off on IT projects given issues with legacy systems, bad experiences with previous suppliers and the like.

IE: Genasys Technologies has a product called BUILD, tell us more about that.

AS: This is a product configuration tool, which allows almost anyone within a brokerage or insurance company to infinitely customise their online offer. Traditionally, getting a product to launch has been a cumbersome process, but BUILD lets the company add or remove third party partners or bolt-on products to the policy, adjust excess, calculate risk by postcode, occupation, lifestyle and so on. You can make real-time pricing adjustments on the fly. What all this adds up to is the capability to test products very quickly, so they shape up, or fail fast. Your product development time is drastically reduced and that’s saving your company a bundle of money – plus getting an edge on the competition too.

Once your product is live, you can deal with something like say car rating changes almost instantly, making the necessary tweaks as soon as you have the data. BUILD gives you total control.

IE: There are so many companies looking for new niche market opportunities now, so this kind of software gives entrepreneurs a real advantage?

AS: Absolutely. Just a few years ago launching a new insurance product could potentially cost millions, with a huge lead-in time, testing, compliance and regulatory issues all slowing the job down. Pitching that new idea to the board of directors as a fully costed-out exercise often brought down the barriers – basically it’s always easier to say no, let’s not spend a small fortune trying that out. But BUILD allows you to test the water much, much quicker.

IE: Willis Towers Watson stated recently that some £541 million was invested in insurtech projects in the first quarter of 2018 alone – are we reaching peak insurtech?

AS: I don’t really know what true cutting edge insurtech is anymore, and what’s just natural progress and technological innovation in an internet age. One thing I would say is that the perspective of the term “insurtech” seems to have reached the peak of overly inflated expectation.

I think that the current wave of investment will hit a peak and then pass, but the innovation will always continue, with things like blockchain, conversational user interfaces, AI APIs and IoT for example.

IE: Would you say Home and Life are the two areas of insurance where there’s still a fair bit of room for fundamental change?

AS: Life is probably where the next big phase of insurtech changes will happen. Tech always targets the low hanging fruit first, so that’s why sectors like car or gadget insurance have seen a revolution in the last decade. But if you look at things like wearables, or automated data management, then you can see that analysing consumer lifestyles, geo location, activity apps and smartwatches will all make a huge difference in the way that health and life cover risk is calculated.

As regards home insurance I think companies like Buzzvault have a brilliant idea; capture photos of the stuff you actually want to insure on your phone and get covered via an app. Usage based insurance is also a biggie. I mean do I want to insure every cup and saucer or the window blinds in my house? Nah, it’s the valuable stuff I want protecting; gadgets, racing bicycle, nice watch maybe, all those expensive items. The beauty of what UBI offers is convenience. It’s perfect for the younger generation who rent a load of stuff, like say cars or commuter bikes as they use them, but simply want a few precious items covered at home.

Unfortunately most legacy systems simply can’t cater for turning cover on and off on a daily basis.

If I thought that there had been an ‘Eureka’ idea, I would have invested in it! However I get excited about people who see the world in a completely different way, such as What3Words.

These guys have divided up the entire globe in 3X3 metre blocks, each with a unique geotag. So the opportunity for insurers is to assimilate the data from each block. Over time, you get to see accident hotspots, places that are dangerous for shipping on the oceans, crime scenes, hospitals, fast food outlets, gyms – you name it. All that data, all those geo-tags, help you build an amazingly detailed picture over time. We take postal codes for granted here in the UK, but most of the uninsured market beyond these shores need some sort of geomapping.

Businesses that have made a real world difference to people’s  lives are also really interesting. Equipsme are revolutionising the health and wellbeing offerings in the SME space – and they’re using some cool tech to do it. They also happen to be running on our platforms!

IE: Insurance Edge spoke to a telematics company this year who said the real value of black boxes and FNOL snapshots isn’t fighting fraud, it’s streamlining the sub-£1000 claims, the fender-benders. What do you think?

AS: The motor insurance industry has always done that cost of clam vs potential saving calculation. Ten years ago it might have meant having humans investigate claims above £5000, now it’s £1000 and soon it will be £500. That is the pace of change, the evolution of the technology that is powering insurance now. The benefit is there for everyone; brokers, underwriters and policyholders, as software starts to automate FNOL, car hire, breakdown recovery, legal process and so on. The savings for the consumer from all this automation are definitely there, because speeding things up is going to save a great deal of admin money.

One area where people should look to achieve further claim costs reductions is using IoT or telematics to initiate FNOL, monitor devices and report faults before they become incidents.

IE: Claims really are the pinch point in insurance aren’t they? People take to Twitter and vent their anger when things go wrong?

AS: They do and you can understand why – people are buying the claims service not the paper the policy is written on. The great thing about Genasys SKI (pronounced Sky by the way) is that it lets the broker or MGA customise all their third party back-up on the fly. You can recognise problems with say overnight accommodation after an incident in the home, or replacement car after an accident, and tweak the product yourself. It also lets the broker automate email responses so that policyholders understand exactly what is happening with their claim. Nobody likes waiting for a claim to be settled and not knowing what is happening behind the scenes. Transparency is the key.

AS: We’re talking with more start-ups about the concept we’re developing – Software as a VC.

When you’re looking to pitch to bigger names in the industry you want to demonstrate how smoothly everything works, how compliance and regulation has been checked for individual markets, and how the consumer will engage online with the finished product. For start-ups, you don’t want to burn time, and your precious seed capital, doing a lot of bespoke back-end policy admin development work. That’s where we can help. We see it like a sort of USB hub – come plug your cool insurtech or innovative idea into SKi via our APIs and get most of the back-end functionality out of the box. This will allow start-ups to showcase real working solutions, which is obviously what investors want to see.

The power of collaboration is something which is really taking off for us this year and the reception that we’ve had from businesses across the UK industry since opening the London office so far has been hugely encouraging.

IE: Andre, thank you for your time.

Tags: Bordereaux management software, Insurance policy administration solutions, Insurance product builder, Insurance Software Solutions, Insurance technology, InsurTech, No code insurance software, Open API insurance technology, Technology for insurance, Zero code insurance platform
Comments are closed.
We use cookies on our website to give you the most relevant experience by remembering your preferences and repeat visits. By clicking “Accept”, you consent to the use of ALL the cookies.
Do not sell my personal information.
Cookie settingsACCEPT
Manage consent