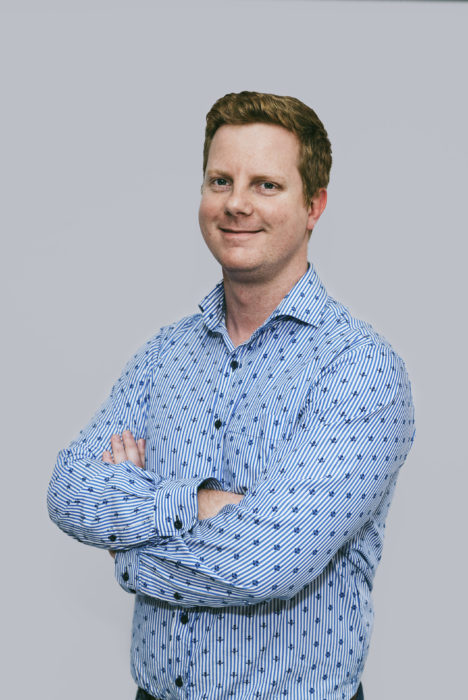 As published by FA News

At the heartbeat of the 4th industrial revolution is uncertainty… uncertainty about what lays ahead… the speed of change, innovation, the Internet of Things, AI, etc. What more can we expect going forward?

FAnews spoke to Carl Mönnig, System Architect at Genasys Technologies about the industrial revolutions and just how far we have come, the risks are around liability, transparency, TCF and cybercrime, SA regulation and so much more.

Just how much have things changed?

“Trade and industry were very slow and cumbersome in 1760: Small-scale craftsman generally created their goods close to where it was bought and used. Forty years later, steam mechanisation was playing a major role in powering agriculture and manufacturing. Steam engines led to rail transportation in the 1800’s. This ability to transport people, raw material and large volumes of manufactured goods led to factories and urbanisation. A middle class of skilled factory workers emerged. This 1st industrial revolution led to faster economic growth than ever before,” said Mönnig.

“The 2nd industrial revolution was brought about by a synergy of great scientific discoveries around 1900: the combustion engine, electricity, and lighting. Telegraphs and telephones enabled long-distance communication. These technologies and assembly lines gave us mass production. Urbanisation and economic growth accelerated even more. This is the revolution that defined the modern world we know today,” continued Mönnig.

“Computers and the internet ushered in the 3rd industrial revolution, beginning in the 1960s and spanning to today. This is also known as the “digital revolution”. IT and robotics allowed automation of many manufacturing processes. Fast, reliable and inexpensive digital communication gave us e-commerce. Globalisation expanded with maturation of networks for trading goods and services,” added Mönnig.

“Futurists believe a 4th industrial revolution is imminent due to recent breakthroughs in artificial intelligence (AI) and a fast-expanding IoT landscape. Many of today’s jobs could soon be automated by algorithms in the same way manufacturing was automated by machines. The new wave will revolutionise transport, financial services, mining, healthcare, and many other industries,” said Mönnig.

The next generation of regulations

“Societies, governments and industries rely on complex digital systems now more than ever. This reliance is accelerating and becoming more pervasive. Architects and engineers of digital systems are starting to have a level of impact approaching those creating skyscrapers and airplanes. I see a clear role for regulation of systems development to increase maturity, reliability and security,” emphasised Mönnig.

One area of focus, according to Mönnig, should be professional standards bodies. “Few people would hop into a submarine or airplane newly constructed by a self-taught enthusiast. And yet, the ICT industry is full of enthusiasts with no minimum qualification. Just as practicing doctors, engineers and accountants are licensed and subject to continuous professional development, so should systems developers. Innovators living by ‘move fast and break things’ and ‘fake it till you make it’ will always have a place, but maybe that place should be a research lab – not handling millions of confidential transactions.”

Another focus area for regulation, Mönnig believes, should be setting standard quality requirements (performance, reliability and security) for systems based on importance, confidentiality, and number of people relying on those systems. “For example, a regional healthcare system servicing 500 000 users should have certain certified levels of processing speed, availability, issue notifications, and ongoing security review/penetration testing.”

South Africa, according to Mönnig, trails advanced economies in terms of information security legislation, public engagement, government coordination, and skills development. “A decent framework is in place, but implementation is painfully slow. For example, the Information Regulator was created by the Protection of Personal Information Act of 2013 (POPIA) to regulate data privacy, but implementation of POPIA was slow.”

“South Africa’s expansive National Cybersecurity Policy Framework was published in 2015. Implementation will require many government departments and public industries to work together. It led to the proposed Cybercrimes Bill of 2017, but little movement has been seen for development and regulation of security standards. The framework names the Department of Telecommunications and Postal Services (DTPS) as responsible for implementing cyber security policies, standards and regulation,” said Mönnig.

“I expect a version of the Cybercrimes Bill to be enacted within the next three years and used in criminal courts. Going by the POPIA timeline, we are likely 10 years from regulation of security standards in the systems we rely on today,” continued Mönnig.

What can we expect going forward?

“Information security will continue to gain share of mind in South Africa. More reports of data breaches should be expected as international cybercriminals turn attention to our generally lax security. Until we have mature, regulated system security standards, it could make sense for cyber insurance providers to employ in-house penetration testers to continuously verify and increase their policyholders’ security instead of only gauging risk for pricing, said Mönnig.

“Some general technology predictions: The most visible change over the next decade will likely be self-driving cars and lorries (SDVs) becoming an everyday occurrence. SDVs will take some time to arrive in South Africa, due to relatively inexpensive labour and resistance from unions. It will be interesting to see if Libra cryptocurrency (or similar projects) succeed and becomes mainstream. Digital currencies are facing a lot of resistance from governments and established financial companies. Human genome editing is becoming available and drawing much debate. We could soon see babies and pets with optimised genetics,” concluded Mönnig.

Comments are closed.
We use cookies on our website to give you the most relevant experience by remembering your preferences and repeat visits. By clicking “Accept”, you consent to the use of ALL the cookies.
Do not sell my personal information.
Cookie settingsACCEPT
Manage consent