Keeping Up With The Kardashians? No Time, There’s Too Much Happening in InsurTech 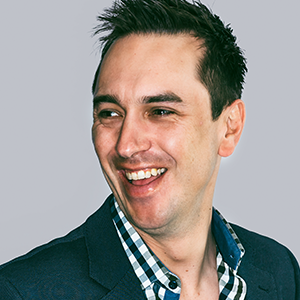 Keeping Up With The Techdashians

In this latest Opinion column, Andre Symes from Genasys Technologies looks at how keeping pace with the rapid transformation of the industry is ultimately about insights, ideas and ability, not how uber-cool your social media influencers are.

The insurtech boom has been hugely positive for the insurance world.

All of us involved in the industry in whatever capacity should be extremely happy and grateful for the host of new businesses that have emerged over recent years, showing that it is possible for an established and, dare I say, conventional industry to do new things in new ways.

In the early days, there was much talk of disruption to the industry and that the major players should be fearful of the competition that these brash new upstarts presented. The word ‘disrupt’ can have negative connotations – who doesn’t dread that announcement when you’re sitting on a train that the service has been disrupted due to a trespasser on the line? However, I think that the disruptive impact by insurtechs has been in the more positive definition of the word – changing the traditional way of doing things.

Given the regard – or lack thereof – which our customers have for insurance as a whole, the insurtech phenomenon has helped the industry start to adapt and reconnect. It has forced insurers and brokers to become more innovative and fully embrace the digital age. I take the view that the vast majority of insurtechs have been enablers, or change agents and have already added great value to the industry in some form.

And as insurtech has firmly established its foothold in the insurance industry, it has spawned a sub-set of businesses from incubators and innovation labs to events and associations.

Inevitably, it has also led to the emergence of a host of insurtech social media influencers. Whilst they’re not about to rival the Kardashians with a digital empire of hundreds of millions of followers across their social media channels, their tweets and posts about what they are thinking and seeing do carry some weight.

There are many whose opinions should be held in high regard. They’re passionate people with tremendous knowledge and experience of technology and insurance.

However there are also those who – like Kim and her sisters – seem to be famous in the insurtech world for, well, being famous.  And just as the K-family can exploit the insecurities of their fans and make money out of it, some of these so-called insurtech influencers can exploit the hunger and enthusiasm of bright-eyed, bushy tailed start-ups.

Promises are made of introductions to insurance big-wigs, mentions in tweets, likes on LinkedIn and the big one, product placement in supposed thought leadership pieces – all for a price of course. This seems to range from retainers to specific fees and in some cases, even equity in the business.

Now if there is actual value to the start-up then I don’t see any problem, but in reality this seesaw can often be unfairly loaded – and here’s just one example.

I recently met some 20-somethings who had launched a start-up insurtech business. Great team, great idea and if you could sell their enthusiasm and energy, they’d already be making a profit. During the course of our conversation, they mentioned the name of an influencer was supposed to getting them into a relatively well know organization. Unbeknown to my new friends, I had a meeting with said company’s CEO the follow morning so I thought I would mention my chance meeting to the CEO. Guess what? The CEO didn’t know much about the little team nor about the supposed introduction by said “influencer”.

We need to be careful of lumping the people and teams that add true value to the insurtech industry into the Kardashian category, but if I have any advice for the young startups out there, it would be this;

Firstly, the people who you are looking to do business with did not get to where they are by luck. They got there on the strength of their intelligence, their expertise and their knowledge. They recognise true value when they see it and are unlikely to pay any attention to a tweet or post by the Kim’s and Kendall’s of the insurtech world.

Secondly, don’t get caught up in echo chambers. Apply the same creativity you used to come up with your idea in the first place and expand beyond your normal associations and events. Meeting the same group of people might be fun, but it’s not necessarily super-efficient or super-effective.

Tags: Bordereaux management software, Insurance claims management system, Insurance policy administration solutions, Insurance product builder, Insurance Software Solutions, Insurance technology, InsurTech, No code insurance software, Open API insurance technology, Technology for insurance, Zero code insurance platform
Comments are closed.
We use cookies on our website to give you the most relevant experience by remembering your preferences and repeat visits. By clicking “Accept”, you consent to the use of ALL the cookies.
Do not sell my personal information.
Cookie settingsACCEPT
Manage consent